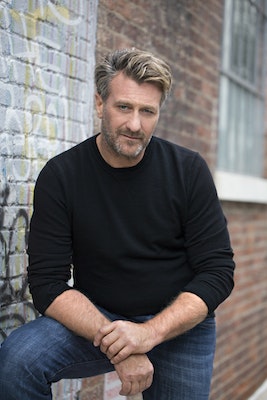 👋 I am Wade Karlin

In the fall of 2007 Wades love affair with yoga began. Originally, approaching the yoga practice as a way to stay in shape over the winter months, Wade came to realize that there was more to this ancient and mysterious practice than just poses. At the urging of his first teacher, Katherine Alesio, Wade enrolled in the Yoga Shanti teacher training program under the tutelage of Rodney Yee and Colleen Saidman. It was in this training Wade was introduced to a much deeper level of all eight limbs of Yoga.
Wade also has had the privilege to study under Richard Freeman , Heidi Fokine and most importantly Richard Rosen. It was through Rosen that the pranayama work became paramount and continues to be a source of exploration.
Upon completing his first 300 hour training he jumped in with both feet to teach. Subsequently, Wade completed another 200 hour training under Heidi Fokine and looks forward to more training augmenting his teaching abilities.
Wades goal is to make the art of Yoga accessible to folks who might not otherwise consider it. A native to the North Fork of Long Island , Wade grew up as a commercial fisherman on the Long Island Sound and is all too familiar with the rigors of hard labor and how in affects the body , mind & spirit. Using a the eight limbs of Yoga in totality, he hopes to help people who currently have or have previously had the same experiences.
Graduating in 2008 from StonyBrook University , Wade is a recipient of a New York state secondary education teaching degree and bachelors degree in history.
He has also completed classes at the Lee Strassburg school of acting and has some 30 years of stage experience .
Wade is very honored to be part of the Yoga Shala family and looks forward to sharing the practice!