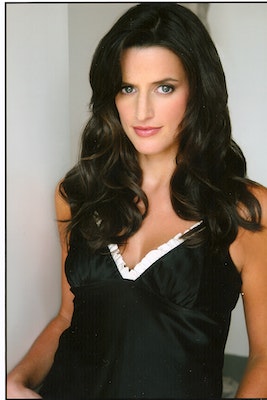 Tracey Toomey McQuade is a mama, writer and yogi who splits her time between NYC and Amagansett. A devoted practitioner of yoga and meditation, Tracey teaches yoga at PS 41 in Greenwich Village and Yoga Shanti where she is lead faculty on the 200HR and 500HR teacher trainings. She also hosts writing and yoga retreats with her friend and fellow writer, Jessica Soffer.  Tracey loves curating new flow sequences set to music that encourage freedom of movement while honoring the brilliant architecture of the human form. (In layman's terms, she wants you to have fun and break a sweat and move and breathe freely without hurting yourself!) She plays the harmonium and loves to chant before and after class... and really all day long if possible. Tracey loves to help her fellow modern yogis bridge the gap between the ancient teachings of yoga and life in the modern world. When she's not writing or on her yoga mat, she's likely on the beach practicing handstands with her 5-year-old son, John Michael, or baking gluten-free banana bread with her newly one-year-old, daughter, Ryanne. She can also be spotted in the kitchen with her husband Matt, dicing onions while sipping Barolo and dancing to dancehall Reggae.