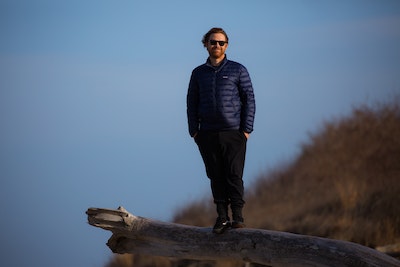 Seamus grew up splitting his time in between New York City and the East End of Long Island. He continues to enjoy this balance between city and costal life today.


Prior to teaching yoga, Seamus worked primarily as a Recording Engineer. Starting as a Front of House Sound Mixer for a nationally touring band, then progressing into Studio Recording/ Editing/Mixing, then eventually landing in Television Production.


Seamus’s first introduction to yoga was an Ashtanga yoga class in North Carolina in the late 90’s. After his first class he was hooked. He since has spent time in the full spectrum of yoga disciplines, all leading to his primary love for Vinyasa Flow Yoga.


Throughout his professional career, like many practitioners, he had a “on-again/off-again” rela- tionship with yoga. He found himself sometimes practicing 3-5 times per week, other times not practicing for months. Eventually one thing became very clear. The more time he dedicated to showing up and practicing on his mat, the more balanced every aspect of his life became. Seamus completed his first 200-HR Teacher Training in 2015 at Yoga Shanti NYC and has since completed an additional 300HR Advanced Teacher Training at Yoga Shanti. He continues to be dedicated to the study, practice, and teaching of yoga.


Seamus’s classes are as fun as they are challenging. He teaches a Vinyasa Flow style, with a heavy emphasis on sequencing and music, alignment and flow, and an appropriate amount of inquiry into the practice of yoga.