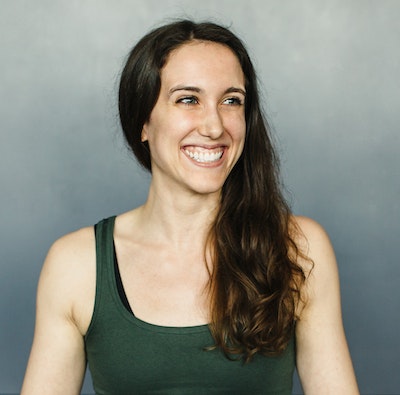 Sam McKay is a yoga teacher and an Ayurvedic Health Counselor in the Central New York area. She also holds a BS in Computer Engineering from Boston University. It was during her time in college that Sam was first called to yoga. She didn't know it at the time, but she was craving a way to get out of her head and into her body. Even after her first yoga class, she knew there was way more to this yoga stuff that just cool poses. Soon after, she decided to commit herself to a daily yoga practice, and she's been doing it ever since. This daily connection to her body, heart, and mind has become an essential part of Sam's life from her eating disorder recovery to career changes and even through her fertility journey.


Sam’s yoga and Ayurvedic studies have led her on a lovely, spiraling path through many traditions and philosophies. She received her 200-hour teaching training through Boston Yoga School with Ame Wren and Tiffany Cagwin. She’s studied traditional Ashtanga Vinyasa Yoga with Peg Mulqeen and Harmony Slater and modern physiology and movement with Simon Borg-Olivier and Bianca Machliss. She received her 600-hour Ayurvedic Health Counselor Certification through Shakti School with Katie Silcox. Sam is currently continuing her studies in  movement and physiology with Simon Borg-Olivier and in Ayurveda for women’s health with Sunny Rose Healey of Mamayurveda.


Sam’s goal in sharing the teachings of Ayurveda and Yoga is to help people connect with and honor the wisdom of nature and the wisdom of their own bodies. In her classes you can expect a lot of circles, churning, and intuitive movement thrown in with more traditional asanas. Sam believes that deep listening and communication with the body and nature is the key to accessing our innate power and true health.