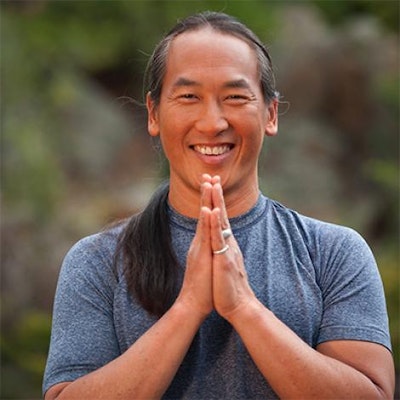 Rodney Yee began his Yoga inquiry in 1980. In the same period he was a ballet dancer for the Oakland ballet and a physical therapy and philosophy major at UC Berkeley. His yearning for a life that would utilize mind, body and spirit was satiated by the practicing and teaching of Yoga, which over the years Rodney has been instrumental in introducing to the United States. His appearance on Oprah in 1999 helped catapult Yoga into the mainstream. Other highlights in his long career as a premiere Yoga teacher include the co-owning of Piedmont Yoga Studio, his vast output of videos with Gaiam, and his eloquent workshops around the world.

Rodney's illustrious teaching career has flourished worldwide, but has for years been centered at both his wife Colleen's studio, Yoga Shanti in Sag Harbor, and at Yoga Shanti New York City, where he is a founding partner. Since 2001 he has partnered with his wife and with Donna Karan on Urban Zen Integrative Therapy, which encompasses the five main modalities to bring us into the present. Looking back at his long and influential career, and seeing his grown children, makes Rodney wonder a bit wistfully...how long did I blink?