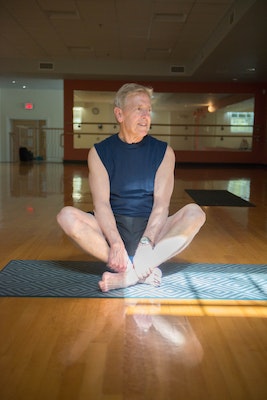 Peter discovered yoga during his freshmen year in college, as a support system to his life in organized sports. What he found was something much greater than a support system; rather, a potential to combine body, mind, and spirit through the practice of yoga. Peter earned his RYT200 certification through South Boston Yoga, under the tutelage of David Vendetti and Todd Skoglund. In addition, he has completed numerous workshops with other esteemed teachers such as Rolf Gates, Nina Reis, and Ben Chused.

Peter continues to strive to impart the messages that he has learned through his teachers, to his students today, both on and off the mat. His classes are centered around breadth and movement, through a gentle vinyasa flow. They are open to students of all levels, with each class ending in a relaxing period of meditation and relaxation.