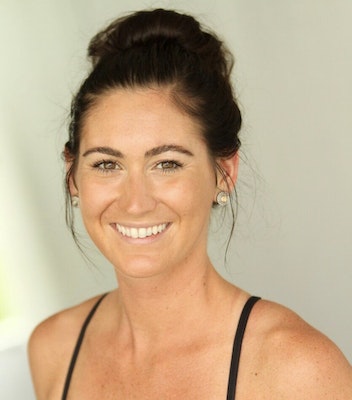 My journey to yoga did not take a linear path. My love for fitness and movement started at a very young age and evolved over the years. Some of my phases and cycles included tennis, running, weight training, biking … basically anything to keep my heart pumping and body strong.
While working and living abroad in Southeast Asia, I discovered the beautiful practice of yoga. In a small gym studio, with an instructor that barely spoke English, I was introduced to the sacred practice of Ashtanga. I was hooked. That’s where the certifications, workshops and learning began. Upon returning to the United States, I transitioned into a corporate role for some time, but I still continued my study of yoga. In 2014, I decided to leave the corporate setting to teach yoga full time. Since then I have pursued areas of speciality in prenatal, nidra as well as trauma-informed practices. I have had the honor of facilitating Yoga Teacher Training programs at Zen Yoga Garage, along with mentoring new teachers. All these areas have influenced my teaching.


For me, the yoking of the body, mind and spirit is the most profound element to the practice of yoga. Because of the link that yoga promotes, it has become a source of  stability during the constant changes that are a part of life. It’s from this place of stability that I was able to evolve and develop, which is why I am so passionate about sharing this practice with others. I am so excited to be guiding the transformative practice of yoga with new and experienced practitioners alike.