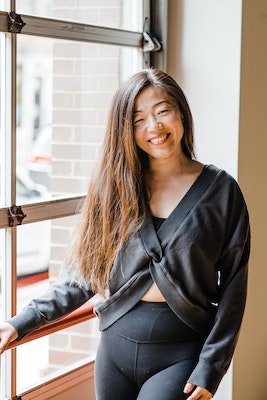 Lu's path to yoga started slowly and with fits and stops. A French professor in college first introduced her to yoga after which Lu would drop into a yoga class every once in a while. Around 2014, Lu began a regular vinyasa yoga practice and became hooked. In 2018, Lu completed her 200-hour teacher training at Zen, where she has found her Chicago yoga home. In addition to her yoga certification, Lu completed barre training in the summer of 2019. Lu thinks that life and workouts shouldn't be too serious. She looks forward to sharing a fun yoga & barre practice with others.