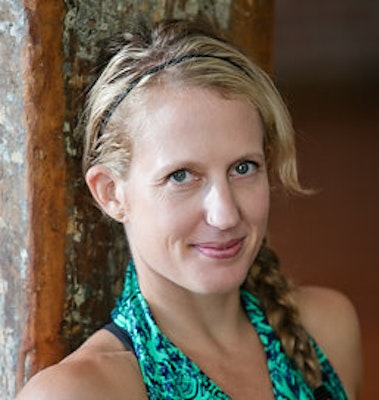 👋 I am Lindsay Ashmun

Lindsay teaches the kind of yoga classes that she likes to take: alignment-smart, core-deep, sweaty Vinyasa that synchronizes the body and breath in an athletic and graceful flow. Lindsay has been teaching Yoga since 2002 and Pilates since 2003. Her formal studies in movement began when she was three, as a student of classical ballet and modern dance. Lindsay has toured internationally and taught extensively as a professional dancer since 2000, most of her adult life.


The short version goes like this: In 1994, when Lindsay was 16, she was introduced to Swami Satchidananda and completed her first yoga training at his ashram in Virginia. Seeking deeper application of the creative process and somatic awareness, Lindsay moved to Oakland, CA, where she studied Vinyasa with Rodney Yee, Restorative Yoga with Sarah Means, and Somatic Movement Therapy with pioneer Martha Eddy, PhD at Moving On Center.


After completing her somatic movement therapy training, Lindsay transferred her home to Boulder, CO in 1999. It was there that she received her degree in InterArts within the Buddhist tradition at Naropa University, her yoga teacher certification from Richard Freeman at the Yoga Workshop, and Pilates certification from the renowned Pilates Center. Since living in NYC, she has continued to practice and study with brilliant teachers of movement and stillness, including Irene Dowd, Gerald Casel, Schuyler Grant, Jennifer Elliot, Barbara Mahler, her one year old son Jackson Welch, and NYC herself.