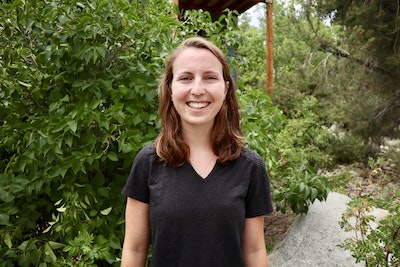 Laurel first came to yoga in elementary school in an enrichment class. As a young person who struggled with anxiety, she found yoga to be a calm safe place for herself. She continued with her practice throughout high school and college as a way to support her mental and physical health as a competitive Nordic skier. After graduating from college, she completed her 200 hour yoga teacher training with Laughing River Yoga in Vermont. In the years since, she has enjoyed sharing the practice with adults, teenagers, and athletes.

While in college, Laurel became interested in studying Eastern religion. Her growing interest in this field has carried over into her study of yoga and its philosophy and roots in Hinduism. Laurel is now a student at Naropa University studying Contemplative Psychotherapy and Buddhist Psychology. Laurel has always believed that yoga is both physically and mentally beneficial and has felt the profound effects in her own life. She hopes to someday integrate yoga into her therapy practice.