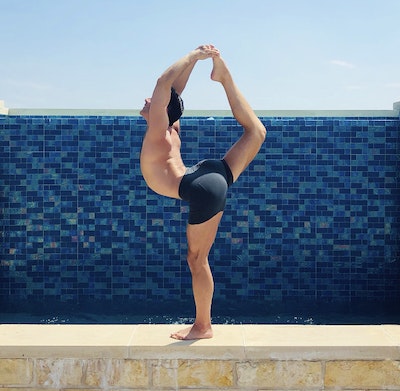 Rooted in a lifelong love of yoga, spirituality, movement, and music, Josh Wechsler’s road to becoming a yoga teacher was predestined. For as long as he can remember he has been captivated by all things mystical, which led him to begin a study and practice of diverse forms of spiritual traditions, including various yoga and meditative practices, at an early age.


He attended Oklahoma City University, where he earned a Bachelor of Music in Music Theatre Performance. Josh moved to Austin in 2009, and shortly after started to perform in musicals, cabarets, and plays at theaters across Austin and began teaching voice and musical theatre. Currently, he is the Associate Director for the Pre-Professional Company at ZACH Theatre.


Over the years, Josh has developed a deep affection for everything yoga, but the physical practice of yoga, specifically, has become a vital part of his happiness. This lead him to discover a passion for sharing his experience and enthusiasm with others, and the faith that it will inspire them to live their most authentic and whole lives, like it did for him. His intention and personal mantra as a yogi and yoga teacher is “Work Hard, Have Fun!”


Josh is a Reiki master, and experienced meditation teacher. He began his study of The Bowspring with Michael Stewart and system creator Desi Springer in 2016, and earned a 200 Hour Yoga Teacher Certification with Desirae Pearce at Breath & Body Yoga in May of 2018. He became a Certified Assisted Stretch Coach in August of 2019. In 2022 he completed a 300 hour Yoga and Leadership training with Gioconda Parker at YTX Austin.


Let’s work hard and have fun!