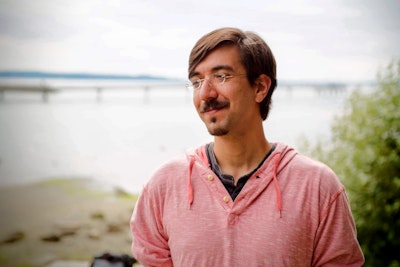 In a rural Pennsylvania town in the early nineties Jeremiah had never heard of yoga. A friend who knew he loved rare and strange books lent him what seemed like nearly lost, archaic knowledge - an introduction to yoga. The practices within left his chaotic and self-deprecating mind a little quieter and a little kinder. He found a class at the local YMCA and practiced on an old runner rug, up until graduating high school and leaving town.


Jeremiah began traveling all over the United States, living out of a backpack and sleeping under bridges, seeking to strip away the nonessentials to see what life was really about. He practiced yoga by road sides, studied in libraries as he passed from town to town, and discovered genuine kindness from strangers and wisdom from homeless gurus. He also witnessed pain in faces and hearts everywhere he went. Jeremiah sees no better use of his time than helping others alleviate their suffering by sharing the powerful tools of yoga.

Jeremiah has a unique set of life lessons to bring to the mat, emphasizing the importance of self-love, interconnectedness, and cultivating contentment through our hardest challenges. His classes point to the bigger yoga process which ultimately we practice off the mat, in our day to day lives - the process of moving toward balance. He received Street Yoga Training in 2012, and his 500 R.Y.T. certification in 2017 from St. Petersburg Yoga.