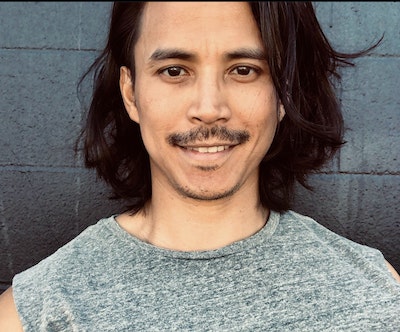 Jeffrey E Gonzales was born and raised in the northern island of the Philippines. He moved to Los Angeles in the summer of 2011. He has a business in the Holistic Fitness Method and worked with many private clients, and teaches group classes since 2014. Also, he is an avid practitioner of Yoga Nidra since 2018. In 2016, he participated and completed the 1 year course of the Course of Miracles by Marianne Williamson. A year later his spiritual journey took him to the New Warrior Training by the Mankind Project. Then in 2018, he was referred to The Den Meditation by a client. He went to the Yoga Nidra class by Hilary Jackendoff which led to a deeper transformation of his spiritual practice, and led him to completing her Yoga Nidra Teacher Training - Immersion & Certification.  Since then Jeffrey has been an avid practitioner of Yoga Nidra and sharing his practice gratefully with Los Angeles community. His honored to share his knowledge with you!