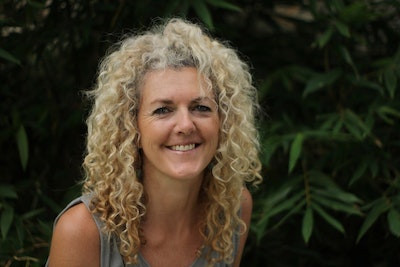 Iva’s way is to be able to help initiate the process of transformation within every student. Her interest in health, nutrition and alternative medicine began when she studied Physiology and Health Management at McGill University in Montreal, Canada. Iva’s extensive travels throughout Asia, North  America, Europe and Australia had broadened her view of different cultures, philosophies and traditions. She spent many years living and working in Japan, teaching cross cultural awareness, running a cafe-lounge with her husband in Tokyo and teaching Yoga. Her experiences and her studies opened the doors to many new healing modalities such as fasting, cleansing, vipassana meditation  and Ayurveda, which she incorporates into her yoga and meditation classes, workshops and retreats in India, Japan, Bali and the US. She completed her Yoga Arts Teacher Training in 2002 in Byron Bay, Australia and is certified under Yoga Alliance. She has been teaching in San Francisco, Japan and Austin focusing primarily on Vinyasa Flow and Yin Yoga. She has completed a Yin Training with Bernie Clark and has studied under great teachers *Paul Grilley, Sarah Powers, Donna Farhi, Bryan Kest and Rusty Wells. She has developed her own Yin Training, and her knowledge of Ayurveda- the ancient Indian  art of healing; allows her to guide students to uncover the wisdom of their own way- their own transformation. Iva hosts Ayurvedic retreats and Yoga and Wellness workshops internationally as well as facilitating on teacher training programs in Austin, Hawaii, Bali, India and Japan.