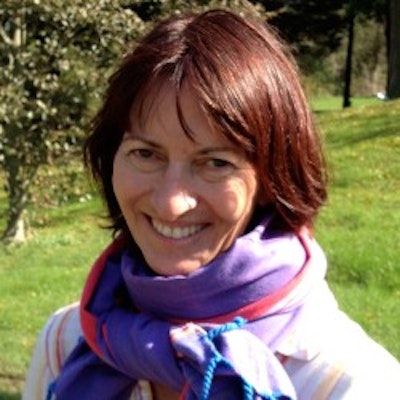 A daydreamer by nature but not lacking the determination to pursue technique as a means to realize the dream, Heidi studied modern dance at North Carolina School of the Arts, graduating with a BFA in 1981. Thereupon she moved to NYC and danced in the companies of Mark Dendy, David Gordon and Susan Marshall. In 1991 yoga class trumped ballet class. Jivamukti led to Iyengar study with Genevieve Kapular and Rodney Yee… led to Light Body energy work with Diane Goldner which led to Meditation study with Jim Owen…back around to movement study with Martha Yoshida. Heidi offers pranams to so many teachers and students including her parents, sisters, husband Chris and sons Elias and Wyatt. Heidi has been teaching on Shelter Island since 1995 and at Yoga Shanti in Sag Harbor since 1999. Along with Susan Orem, Richard Rosen and Richard Freeman and Manorama, she is part of the faculty of the Yoga Shanti Teacher Training and took the Urban Zen Integrative Therapy course in 2010. She assists Colleen Saidman Yee and Rodney Yee at trainings and retreats as well as hosting her own retreats in exotic locals. Through Asana, Pranayama and Meditation she continues to refine technique to realize unfolding reality.