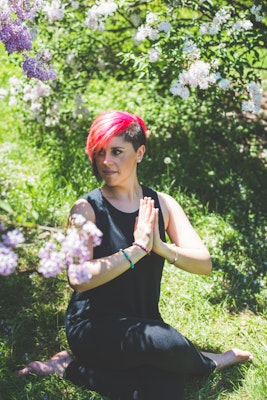 👋 I am Dana Einhorn

Dana started practicing yoga in 2007 at what is now Coolidge Yoga, South End. At first, she looked at yoga as another workout class but as her physical asana practice grew deeper she began to realize how much more yoga had to offer and how it balanced other aspects of her life including a fast paced career in finance and a love of long distance running.
After moving abroad in 2008 she realized that yoga provided a home away not only as a grounding practice but also as a way to join a community. In May of 2017, after a decade in finance, Dana left the industry and completed her 200-Hour Yoga Teacher Certification with The New School of Yogic Arts. Her classes provide a playful approach to the traditional practice of asana.
Find me on Spotify: deinhorn.uk