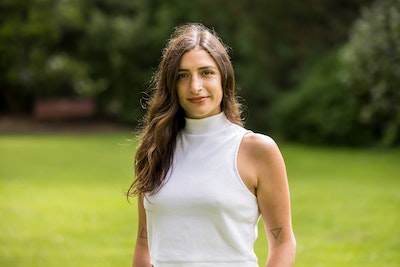 Cristina began practicing yoga in 2008 in her hometown, Huntington Beach. While studying Psychology and Gender & Sexualities Studies at USF, Cristina found refuge taking classes at Yoga Garden SF. After earning her Bachelor’s in 2013 she worked as a research assistant at UCLA and UCSF, studying interventions to human rights violations. This work made her increasingly aware of society’s need for collective healing. Her career shifted when she completed her 200-hour teacher training in 2015. Sense then she has used the discipline of yoga to help people build the type of self awareness needed to heal themselves and others. Cristina has taken on the role of Yoga School Operations Manager and is excited to guide and support those interested in gaining the many benefits of a higher education in yoga. When she’s not practicing, teaching, or studying yoga you can find her biking around the city, rock climbing, dancing to live music, traveling to beautiful beaches across the globe, cooking vegan meals, and making friends with your dog.