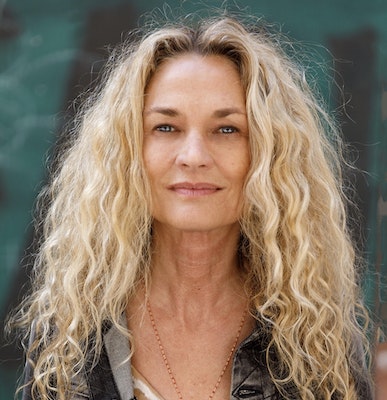 Colleen's yoga journey began reluctantly in 1984 at the urging of a roommate who took her to a class in New York City that left her feeling intimidated and yet remarkably good. Still, she continued other forms of exercise (including running, boxing, and basketball) until 1994, when she was forced to undergo back surgery. Since then, her commitment to her yoga practice has been unwavering. A graduate of Jivamukti’s 1998 teacher-training program, Colleen opened her own studio, Yoga Shanti, in Sag Harbor, in 1999. Yoga Shanti has since expanded to include locations in Manhattan and Westhampton Beach. She and her husband, Rodney Yee, teach yoga teacher trainings at Yoga Shanti, as well as all over the globe.

Colleen has been featured in Vanity Fair, O: The Oprah Magazine, New York magazine, the Wall Street Journal, Allure, Marie-Claire, Cosmopolitan, Harper's Bazaar Italia, and has been on the cover of Yoga Journal four times. Before that she had a varied career: She has been an international fashion model since 1980. Colleen graduated from the Ohashi school of shiatsu in 1998.  She has also lived in Calcutta, working with Mother Theresa at the Home for the Dying and Destitute.
In 2015, Colleen published Yoga For Life: A Journey to Inner Peace and Freedom (Simon & Schuster), which elegantly blends practical yoga instruction with inspiring autobiography. She currently lives in Sag Harbor, New York. Colleen has many teachers, but the most important are her four children.