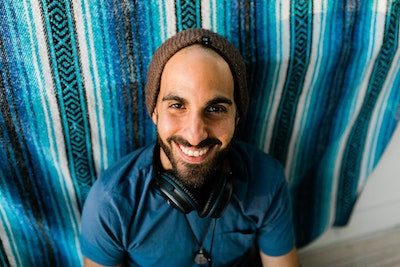 👋 I am Chris Assaad


Chris Assaad is a multi-passionate Canadian artist and heart-leader who left a promising career in law several years ago to follow his own heART and his passion for music. His fire for music was ignited shortly after he began exploring his love of singing and songwriting when he was forced to overcome a rapidly progressing hereditary hearing loss condition.


Nearly two years and two miraculous surgeries later, Chris was given the gift of perfectly restored hearing and a second chance, cementing his path of a life dedicated to his artistry and to inspiring others to follow their innermost calling.


Since then, Chris has been actively using his voice to grow an international grassroots community, sharing his eclectic blend of soulful roots music, heart-opening songs and stories with audiences in Canada, Australia, the US and Europe, appearing at club and festival dates from Wanderlust in Whistler to The Sound Dome in Sydney to Midem in Cannes.

After seeing a YouTube cover of one of his unreleased songs, Michael Franti invited Chris to join him at the final show of his 2015 “One Heart One Soul” tour for a special rendition of the song. Chris has also shared the stage with artists such as Trevor Hall, Ayla Nereo, and The Wood Brothers.

Chris’ much-anticipated album, I Won’t Die, produced by Bill Bell (Jason Mraz, Justin Nozuka), was released in the Spring of 2017 and is now available digitally everywhere. The first two singles from the album, All My Love and the title track, received steady airplay on CBC radio and charted on a number of campus stations within the first few weeks of their release.

Chris is recently putting the finishing touches on a new collection of musical offerings and a new direction for his sound. The new album entitled, Lion, was recorded with producer Joby Baker (Alex Cuba, Deva Premal & Miten, The Wailin’ Jennys) at his studio in Victoria, BC and the title track is set for release on August 14th, 2020.

Get a sneak peek of the new collection and receive a song of your choice as a gift!

An artist with a clear and poignant message, Assaad’s songwriting and body of work touch on themes of connectedness and oneness, the inherent value of each unique voice and story, and our power to shape our experiences and the world we live in.


In addition to his musical offerings, Chris is also a prolific writer, storyteller and inspirational force. Chris recently joined the team at Face The Current magazine as their Music Content Curator and launched a Conscious Artist Feature Series that has included artists such as Rising Appalachia, Lee Harris and Nessi Gomes. He’s also been a regularly featured contributor to publications such as The Daily Love, Positively Positive and Project Happiness, all award-winning platforms that merge pop culture with inspiration. One of Chris’ written quotes recently went viral, and has been shared, liked, and reposted several million times on social media.

Last but not least, Chris has a passion and gift for supporting others on their creative and spiritual paths. As a heart leader, mentor and facilitator, Chris holds a powerful sacred space, blending intuitive guidance, practical tools and multiple healing modalities. Chris works one on one with clients, offering his services as a champion and guide, as well as in group settings designed with a focus on helping participants FREE their voices and find their authentic self-expression in any medium.