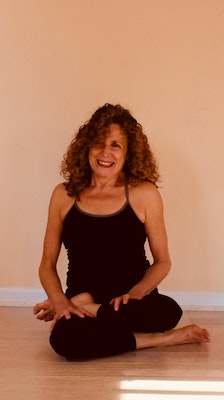 👋 I am Carrie Schneider

Carrie Schneider’s instruction taps our vantage as 21st century yogins—fed but not limited by tradition. Her individually cued Zoom classes move you through the salutations and held alignments that show us what we are.

Following OM’s inaugural 1998 training, Carrie took certification intensives with Richard Freeman and David Life. Her 2012 study with Iyengar masters Rajiv and Swati Chanchani in Rajpur, India was another game-changer, as is her ever-deepening meditation practice. A regular student of Ramanand Patel, Carrie was also certified by longtime teachers Kofi Busia in 2013 and Rodney and Colleen Saidman Yee in 2016. Her 2004 book “American Yoga” has framed the inquiry.