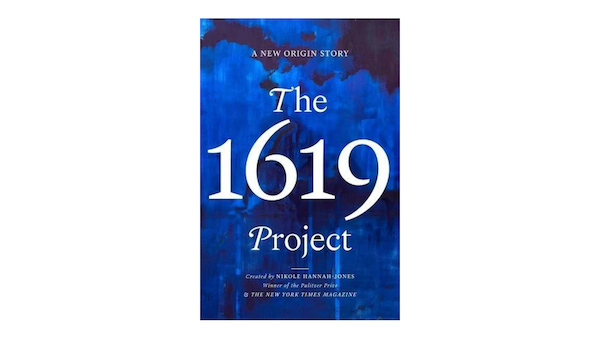 This event has ended.
This month we will be reading and discussing The 1619 Project created by Nikole Hannah-Jones. We will meet via Zoom this month. All our welcome. Square One Yoga stands with the Black Lives Matter movement.

"The 1619 Project launched in August 2019 with a special issue of The New York Times Magazine, spearheaded by Nikole Hannah-Jones which included essays and creative works by journalists, historians, and artists. The project explored the history of slavery in the United States and was released to coincide with the anniversary of a ship carrying the first enslaved Africans to the English colonies. The book includes essays previously published in The New York Times Magazine. The project illuminates the legacy of slavery in the contemporary United States, and highlights the contributions of Black Americans to every aspect of American society."
← View all Square One Yoga Events